Thronecast presenter and Game Of Thrones super-fan Jamie East says there will be events that “knock people sideways” right from the very first episode of the final series – and warns that a lot of the heroes of Westeros “probably won’t make it”.

As fans count down to the beginning of the end, Game Of Thrones spoilers are pretty much non-existent – the HBO and Sky Atlantic show is notoriously guarded when it comes to teasers.

But while East says that even he and his Thrones aftershow co-host Sue Perkins are kept in the dark, he is predicting epic scenes – and that “it’s not going to end how we want it to”.

“All I can say is that it’s big,” he tells Sky News. “There’s lots to get through and I’ve heard that it doesn’t muck about. 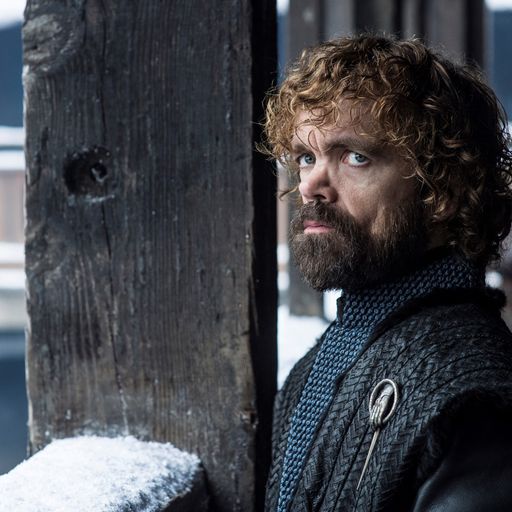 Game Of Thrones: The key questions ahead of final series

We take a look at what could be in store in the final series of the mighty Game Of Thrones.

“From the get go, from episode one, there are going to be two or three events I think that are just going to knock people sideways. Reveals, deaths, tactics, right from the start. There’s no more limbering up to be done – it’s war.

“There are so many big characters still with us, all vying for the throne. There’s probably nearly 20 major characters and a lot of them aren’t going to make it – a hell of a lot, if any.

“I think each of those characters deserves their final moment. We would be angry as viewers I think if someone dies and they don’t get given a death that their character deserves, because we’ve been with them for a decade now.

“But then, it’s Game Of Thrones. You know, Cersei, say, might just go and that’s it, they move on. This is a show where no one is safe, nothing is out of bounds.”

Indeed. Fans learned this quickly, from the moment patriarch Ned Stark was killed off in series one, with the body count seemingly increasing exponentially ever since.

Now, our heroes (and anti-heroes) are heading for the final battle for Westeros, preparing to face the deadly White Walkers and their Night King – plus their newly acquired zombie ice-fire dragon.

“It clearly isn’t going to end how we want it to end, is it?” says East. “You’re never ever going to satisfy everybody. All I want is for it to be an ending that’s fitting for the show, and I’m kind of steeling myself for… Well, as long as it fits within the thread of Game Of Thrones, I’ll be happy.”

One thing East is keeping his fingers crossed for?

“I want to see the Mountain and the Hound knocking seven bells out of each other. I want Cleganebowl – that’s what everyone calls it online. Everyone’s so fired up for that.”

As a fan of the show, East says presenting Thronecast is “the best gig in town”.

But he has to know his stuff.

“Before every series I go back and watch it from the beginning again. There are things we saw in the last series; there was a plotline around a steel dagger, which was kind of crucial to a certain character’s ultimate downfall. But that was something from season one.

“So this dagger is followed all the way through and was actually the pinnacle of what began the whole saga of Game Of Thrones.

“So it’s always helpful to go back because George RR Martin [who wrote the books] is not daft. There’s a lot in that first episode that I think we’re still going to be referencing in the final episode of season eight.

“They’re the bits that give you goosebumps, when it comes full circle. I think we’re going to see that.”

:: The final series of Game Of Thrones airs on 15 April at 2am and 9pm in the UK, followed by Thronecast.

Want to recap on the story so far? All episodes of Game Of Thrones from series 1-7 are now available to watch on Sky Atlantic and NOW TV And Download From Inquilab Times